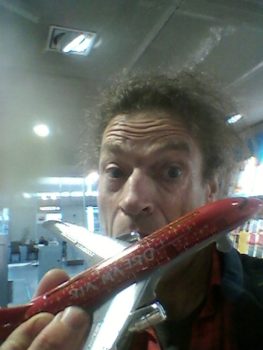 It took a long time before it happened. The house in Rainenweg had already been partly cleared, repainted and in the last night shifts even the last rooms were freed of our belongings.

The date was set, the last tears of farewell were soon wiped off and the farewell handkerchief was swung on the way away in the Grubenweg for a long time. We both were also on an uphill and downhill ride; between looking forward to the new, being sad and letting go on the other side! But as soon as Daniel entered the airport road, our tension rose to the new, which will soon come to us. 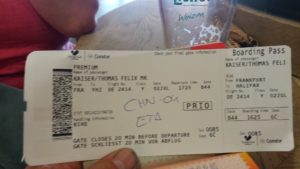 Actually everything worked perfectly from the beginning and Chantal’s good preparations left nothing to chance. After a longer stay in Frankfurt we finally left for Canada.

When we landed in Halifax it was already dark and the car reservation was another blessing. The bike ride from the airport to the motel would probably not have been a good idea to cycle over the highway to Halifax at night.

We brought the rental car back the following day, looked for a possible and drivable way back for the bike. Right at the beginning of our return journey we realized that there is really no sensible way to get from the airport to Halifax by bicycle. For me the nature trails and trails were great; for Chantal more annoyance than pleasure! And we also made the first big mistake: Our drinking bottles were empty and nobody thought of filling them with water before leaving; like in Switzerland we started cycling with the idea that there would be a stain on every corner. After all, there must be a stain somewhere. The thirst came soon and we suffered until the first subway just before the finish! So, always refuel with every possibility! 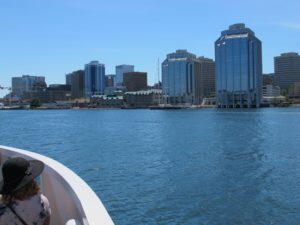 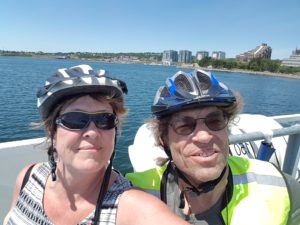 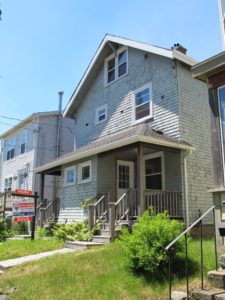 On Wednesdays we already contacted the local forwarding agent and immediately started with the paperwork. The journey, again by bike, to the forwarding agent was again far and exhausting and the first disillusionment was already in the house; not all papers for the car were there yet and the responsible office in the USA had closed because of the national holiday! Otherwise everything would be ready, even the control of Agriculture went off without problems.

Afterwards we went back to the center of Halifax and to the customs control; also there various papers had to be stamped. Between hopes and fears we tried to trigger the car in the harbour. Maybe the papers have arrived after all? But immediately after entering the office a little disillusionment followed; everything would be there and all right, only a small piece of paper was missing and without this there is no handing over of the keys! How and why it finally worked out, we don’t know for sure, but we finally had the permit for the harbour exit and our jeep for the big trip in our possession again. To celebrate the day we had a nice dinner in the old harbour part of Halifax and we were happy like little children that it will finally start. 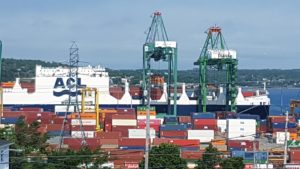 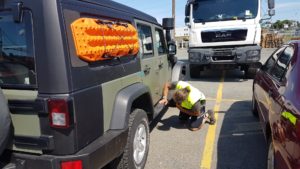 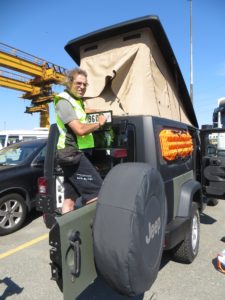 We spent the whole Thursday in front of the motel clearing out and putting away the vehicle. We had some starting difficulties for the optimal order in the car and so we started chaotically on the first shopping tour. For example, we were looking for a suitable gas bottle for our kitchen. After several shops and many kilometers we found one that should fit in our holder. All the others would simply be much too big, and small bottles from the outdoor area would not be suitable for our fittings or connections. It was already mid afternoon when we finally left the center of Halifax in northeast direction.

Our way should take us along the south coast to the northeast. Our navigation skills were so good that we passed the same place several times; or were people so enthusiastic about us that we had to do several laps?

At the same time Peter opened his locks and in the rain we found our way out of the suburbs of Halifax into the wide Canadian landscape.

It was already dawning and in an unfamiliar area a small place had to be found somewhere for the night, which was possible on the second attempt on a forest path back. The rainy weather put us to the first test and the chaotic conditions inside the new home were not exactly what we were looking for.

The first fine outdoor meal ironed almost everything again; or, love usually goes through the stomach.

After the rain the sun shines! So the next morning we were woken up with the warming sun. After breakfast the interior and everything around the car were perfected, certain and superfluous things were disposed of immediately.

Our onward journey along the northeast, or is it the south coast, led us through vast woodlands, holiday homes and countless scattered settlements. Most fishing boats were moored at the harbour walls, the crayfish fishing season ended a few days ago and life in the small fishing villages was almost extinct as a result.

The further we drove away from Halifax, the more we became aware of the past of the inhabitants of Nova Scotia. Various flags drew attention to the mutual and usually not benevolent relations between the French and British, as well as the once indigenous population. Today, one can again benefit from this friction and simultaneous fusion of different cultures, whether through cultural events or also the lustful life of the people in the different places.

Since the dam between the “mainland” of Nova Scotia, the northeastern island is no longer really an island; but easier to reach with your own vehicle.

The wide forests and hundreds of lakes and rivers in Cape Breton have done us a lot of good. In the evening, when the sun is lower, the colours become intense and invite you to linger. 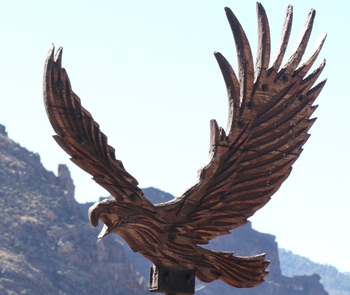 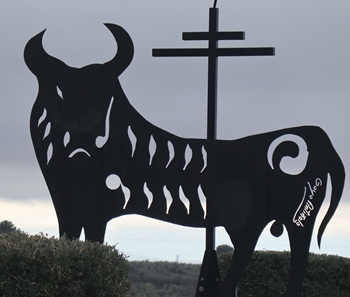 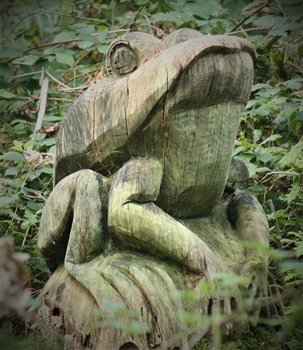 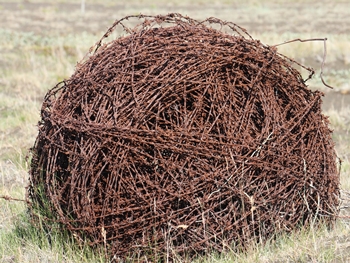