…again in the old homeland
The premature return home was like an emotional ride on a roller coaster; somehow we were really looking forward to our family and the many friends, on the other hand we felt like little losers. Everywhere we had to explain why we were already back.

Already in Canada we planned intensively at our “pit stop” in Switzerland, so that we would be on the road again as soon as possible. Already before our departure we got in contact with different sellers of travel vehicles, so that the possible and future car will be “ours” as soon as possible. Also the financial questions had to be clarified, which in retrospect was almost the easiest task. In any case, our goal was very ambitious: in one month we wanted to head for new destinations and beat the winter bargain.

Unfortunately this wish was not granted to us. Many things took longer than we liked and the waiting often turned out to be nerve-racking. The urge for further action was very big, but often we sat in Alain’s apartment and had to wait; wait for better times and that it goes a bit forward again.

Of course we also used our time for other things and we experienced a lot of time with our family and friends who really spoiled us. Unfortunately, there were also moments that crushed us very much and we hardly wanted them to be true, but this belongs to our human existence and cannot be avoided.

Actually we could tell our short “home stay” in three parts, because each of them brings us great and unforgettable moments:

From birthday surprises to visits planned in advance, we were able to experience a lot and the cordiality was always very great. Unfortunately such moments always pass too quickly.

Hikes in the surrounding area were very special adventures for me (Tom) and I experienced many old experiences in a new way. There were corners in northwestern Switzerland where I thought I had only passed yesterday. In other areas I was surprised how much has changed in the short time of our absence. With the bicycle we experienced on shopping or tours the somewhat wider surroundings with the same experience as with the foot marches: Big changes or nothing at all 😉

Our main business of returning home was the immediate replacement of our mobile home and the continuation of our “world tour”.

After securing the possibility of financing, we soon went on a shopping tour of a new vehicle. Of course we examined other vehicle concepts and estimated their advantages and disadvantages. But soon we realized that we were completely infected by the jeep virus and that the concept of the Gazell cabin convinced us more than all other types of superstructures. For the further use of our camping kit the car had to be a Jeep Wrangler JK, everything else is not possible.

We found the basic vehicle for our camping construction in Hendschiken, where we were soon able to sign the sales contract for a wonderful jeep. Although this type of vehicle has not been produced since April 2018, almost everything meets our expectations. The speed made us very confident.

But with our further wishes for technical changes, we soon had the first delays and dampers. Most workshops dealing with globetrotters and their vehicles have full order books; not only do we have special ideas for any vehicle modifications. Very sobering we soon hoped that we wouldn’t be able to put our wishes under Santa Claus’s tree. 😉

We found Phil Maître, the developer of the camping construction of our jeep, an open ear and he spontaneously invited us to his newly bought workshop in Thônes, above Annecy/F. We were overjoyed that we were able to change from the old to the new Jeep at the same time. The work was finished in two days and for us it was not just work; a certain flair blew through the workshop, which made the whole thing something special. A big thank you to Phil and Valentin Maître from AEV-France; it was great fun to be with you and to spend two unforgettable days in the French Alps.

I rebuilt the interior of our new jeep in Reinach in a lot of detail work, changed and renewed many worn or defective parts, while Chantal thoroughly checked and cleaned the rest of the equipment. We were also astonished that many of the items did an excellent job for a good year, but were now slowly falling apart and had to be replaced. We commissioned a specialist for US cars in Dietikon to carry out work which I could not or was not allowed to do myself, who could still achieve an entry in the vehicle papers for certain objects and who could thus legally allow us to drive on the European roads. The mechanics of Calonder worked very efficiently, but the appointment with the road traffic office dragged on in the length and condemned us quasi to doing nothing.

Parallel to the rebuilding and cleaning work we also occupied ourselves with the onward journey. As already written or told everywhere, we simply want to turn our journey around and drive towards the sun. The European winter we will spend compellingly in south Europe and the adjacent Turkey and with beginning warmth in the next spring in eastern direction further move. Unfortunately, we soon realized that travelling east of Western Europe did not quite correspond to our travel habits. Already for the gigantic Russia there is without invitation from Russia only a visa for maximally 30 days, with Mongolia it becomes already somewhat more complicated and China is for individual tourists with own vehicle an absolute “no-go”.

Specialized travel companies organize trips to such exotic countries and obtain all permits. It would be the only possibility to visit many Asian countries with your own vehicle. Such trips last up to one year, which would not be a problem for us as we are in the lucky position to have the necessary time. But as great as it may be, it would completely blow our travel budget and a sponsor is unlikely to step into the breach. Maybe we have to make some smaller “rolls” and concentrate on the obvious.

What did the past time in North America teach us – take as it comes and it usually comes well. Why not ship to South Africa after a European tour and enjoy southern Africa? Afterwards we will continue our journey with the same shipping line to Australia. Since the ro-ro ship practically travels around the world, a stopover in New Zealand would not be to be despised. In Panama we could leave the ship again and board again in our previously planned route. In any case, we don’t lack any ideas!

In the middle of November everything should have been ready and our Rubicon should have the official blessing for all the impossible things. For a part, the Zurich Office of Transport did not grant a traffic permit and refused to do so for an non vehicle of the canton Zurich.
The help comes from the Baselland Motor Vehicle Inspectorate, but it takes another appointment and most miracles take a little longer. So our soon and definite journey has moved a bit further into the winter.

Before it will definitely go over the Alps, there is a short turn into Eastern Switzerland and Bavarian, before we make a sharp right turn in Munich and retreat to the south to the warmth.
In 2020, according to our current planning, it will go through…..
Actually, we don’t want to reveal this yet – so let us surprise you!

Now we hope very much that Europe will not experience the snowfall of the century this winter and that we will cross the Alps safely. Our jeep has all-wheel drive and off-road tires, but in the snow it’s probably not the first choice and we don’t have a heater in the camping area either. Whether we can ignite a fire on the European campsites, which is the most normal thing in North America, we doubt and hope for mild temperatures in the Mediterranean. Nevertheless, we can hardly wait for our onward journey! 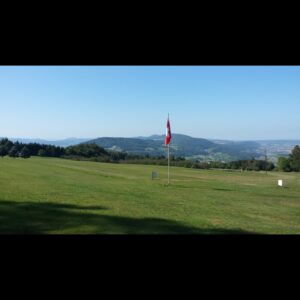 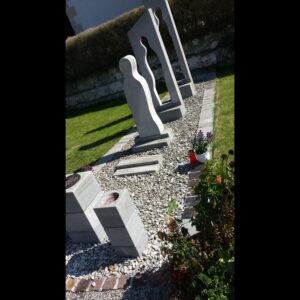 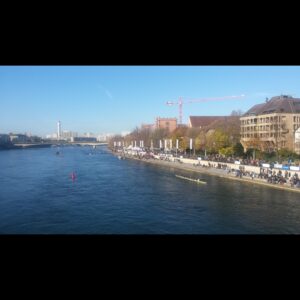 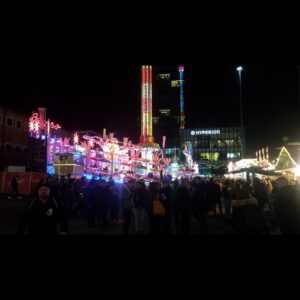 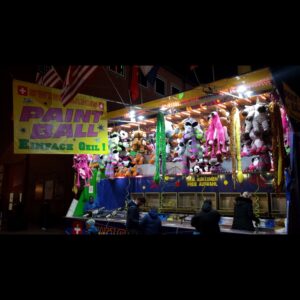 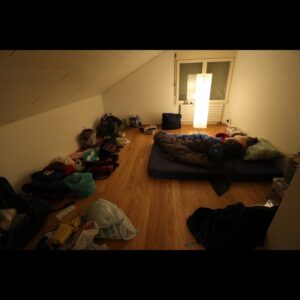 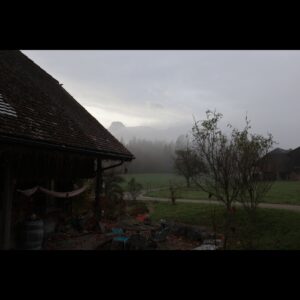 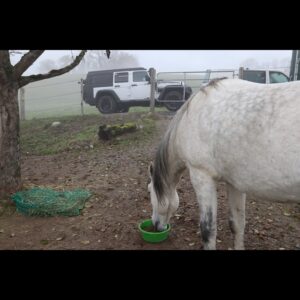 ….an our two Jeeps 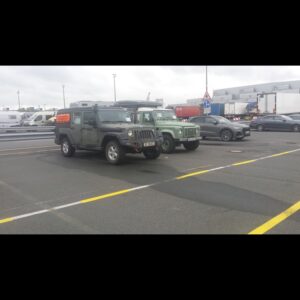 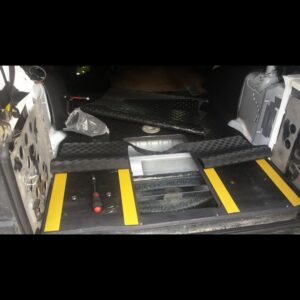 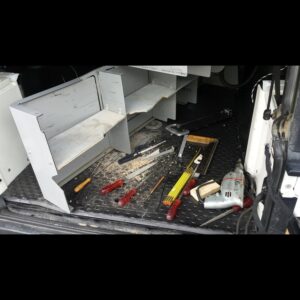 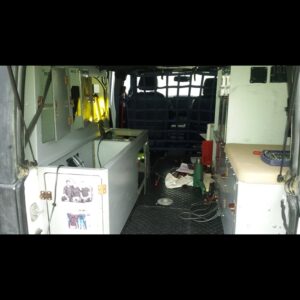 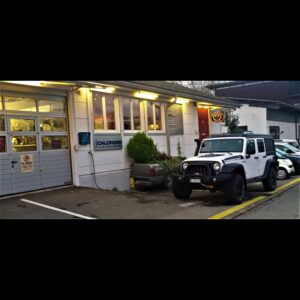 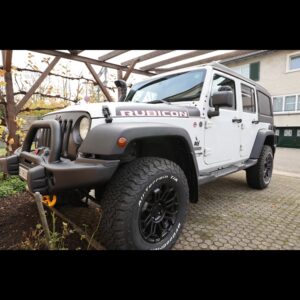 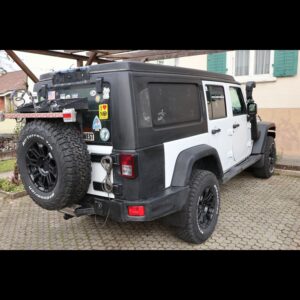 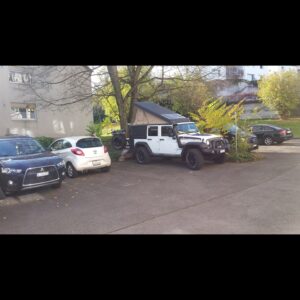